My husband and I recently moved to another state so he could take an incredible career opportunity and it put me in an very rare position. There was no urgency for me to return to work, so I could take my time to find something I’d like. Or, I could use the time to try out something I had long thought about – being a homemaker.

I liked the concept of staying home at the surface level – but I was worried it would make me feel like a freeloader and would put my marriage in a position for resentment to grow and fester.

I also read about the fears of some women that they would become irrevocably dependent on their husbands and lose control over their lives.

We had never been in a financial position for homemaking to be an option. So even though I was nervous about some of the emotional aspects of this decision, I was still excited to even be grappling with it in the first place*.

I was really concerned about feeling worthless and like I wasn’t contributing to our family. After all, we don’t have children. I do feel tremendous pressure saying a woman my age should be a career driven person.

(This pressure is not from any particular source, mind you. Maybe just society in general).

I’ve always had the impression that if I wasn’t matching my husband step for step in our individual careers then I had somehow betrayed my gender.

But here is the problem with that: my husband is an extremely driven, ambitious, type A person. And I am…not. I am a supporter by nature – I don’t like to be in the spotlight. I usually prefer to make it possible for others to achieve their potential. (Incidentally, I now think that this is what qualifies as my potential).

But I’m tired of feeling like that makes me an inferior woman.

The entire point of gender equality is so I would have the choice to do what I wanted. I could join the workforce and wouldn’t confined to the home to conform with society’s standards.

And I think we have achieved this base level goal in the United States more than satisfactorily**. In fact, I could argue it’s to the point that now, homemakers are shunned as backwards, weak, or lazy.

Personally, I don’t think any of those traits applies to me. But, I am being presented with a chance to exercise the rights of choice that my feminist predecessors (and contemporaries) have fought for.

Part 2: Dealing with the Income Gap

I also needed to make sure that homemaking would not put my marriage in a position to foster resentment.

One thing that popped up when I was researching this topic was that women were frequently frightened that they would feel dependent on their husbands and guilty for spending money that wasn’t “theirs”.

I don’t hold this concern myself. But, choosing to forgo your source of income does require a massive amount of trust in your spouse.

My husband and I joined our finances shortly after our engagment. It’s always been our money, our financial goals, our future. Even now he’d tell you, the income from his job is just as much my money as it is his.

In addition, we learned early on how to have frequent and brutally honest talks about our money and our goals.

Because we’re on the same page with this, there is no anxiety on my part about any spending I do. He trusts my judgement on the things I buy (and I trust his too).

We had a long talk about my role and what the expectations even are for a non-financial contribution to our family.

The decision we came to was I would take care of 90% of the cooking, cleaning, and shopping (grocery or otherwise). I would also handle our finances and budgeting to keep us on track with our goals. Previously we had split this nearly evenly so this would be a big relief off his duties

Am I providing the same value through my new responsibilities that I could financially if I were in the workplace?

Probably not, but between:

we are definitely coming close financially.

And when you factor in the increase in my personal happiness, I think the benefits outweigh any loss in income.

So, through all this reasoning, I have decided to stay at home until the end of August. Which means I am intentionally not seeking a job (full or part time). Instead I’m focusing my energy on our home and figuring out if this is viable in the long term. And at the beginning of September, we’ll reevaluate our situation.

It will provide me the opportunity to lift a huge portion of responsibilities from my husband’s shoulders. Allowing him to pursue more important things (for him) like work he loves and supports us.

Our hope is that he can really dig in and excel since all the background noise of our family will be on my plate.

Obviously the decision to stay home is an extremely personal one between you and your spouse. This is the way I decided to approach the choice. You may have different concerns than I did, and that’s totally normal. Every relationship is different and every person wants something different from their spouse, marriage and life.

Let me know in the comments if you’ve thought about staying at home and what kind of concerns you have. Or if you are already a homemaker, let me know how you made the decision!

*While I will never apologize for our success, I recognize I am in a privileged position and am grateful for it.

**Obviously there is much much more work to do in terms of a woman’s place in the workplace. But, we have achieved being there in the first place. 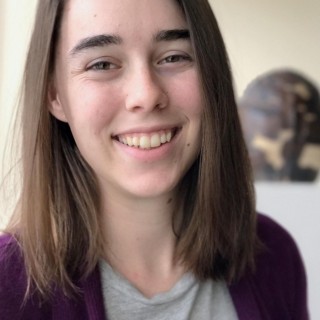